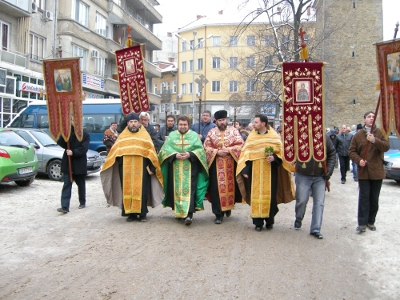 Epiphany,  (from Greek epiphaneia, “manifestation”), festival celebrated on January 6, one of the three principal and oldest festival days of the Christian church (the other two are Easter and Christmas). Some Orthodox churches celebrate Christmas Eve on January 6 and Epiphany on January 19. It commemorates the first manifestation of Jesus Christ to the Gentiles, represented by the Magi, and the manifestation of his divinity, as it occurred at his baptism in the Jordan River and at his first miracle at Cana in Galilee.

The festival originated in the Eastern church, where it at first included a commemoration of Christ’s birth. In Rome, by 354 Christ’s birth was being celebrated on December 25, and later in the 4th century the church in Rome began celebrating Epiphany on January 6. In the Western church the festival primarily commemorates the visit by the Magi to the infant Jesus. In the East it primarily commemorates the baptism of Jesus.

In the West the evening preceding Epiphany is called Twelfth Night. The time between December 25 and January 6 is known as the Twelve Days of Christmas.

This article uses material from the Encyclopædia Britannica, Inc.