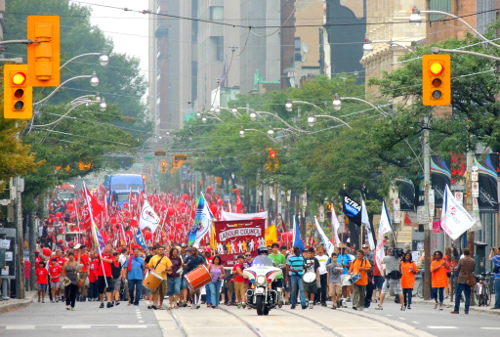 Labour Day is celebrated every year on the first Monday of September. This year, Labour Day will be celebrated on 5th September. Labour Day is a state and federal holiday in the United States of America. It is observed by every state. The holiday honours the contributions of labour or workforce of the nation, of past and present that has help build the country.

Labour Day is a variant of the International Labour’s Day or International Workers’ Day, which is observed every year on 1st of May. The United States used to celebrate Labour Day along with the rest of the world but the Haymarket Massacre on 4th May 1886 in Chicago led to moving the day to the first Monday of September. A massacre and a celebration could not be commemorated together. The United States and Canada are the only two nations that celebrate a long weekend ending on 5th September, 2016.

Labour Day is one of the assured long weekends in a calendar year. There are incidental occasions when declared holidays are on Saturdays or Sundays and they get observed on the following Mondays, thus offering long weekends. Labour Day, like some other state holidays, is a guaranteed long weekend, which has made it a great time for short getaways, many families plan vacations at the time and companies go on an overdrive to sell more goods and services. Labour Day is also a popular day to host events, not necessarily connected to the labour unions. From private functions to public concerts, Labour Day is one happening long weekend in the United States and Canada.

Labour Day is essentially about having fun, unwinding, partying and indulging in frolic. It is a day when every American celebrates hard work, success and the never ending progress that must be relentlessly pursued.