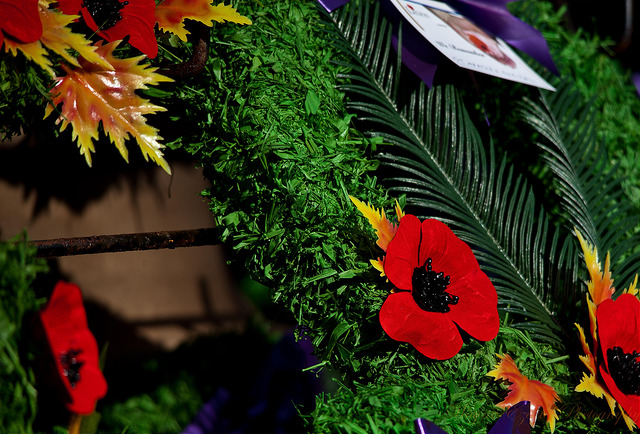 Remembrance Day (sometimes known as Poppy Day) is a memorial day observed in Commonwealth of Nations member states since the end of the First World War to remember the members of their armed forces who have died in the line of duty. Following a tradition inaugurated by King George V in 1919, the day is also marked by war remembrances in many non-Commonwealth countries. Remembrance Day is observed on 11 November in most countries to recall the end of hostilities of World War I on that date in 1918. Hostilities formally ended "at the 11th hour of the 11th day of the 11th month", in accordance with the armistice signed by representatives of Germany and the Entente between 5:12 and 5:20 that morning. ("At the 11th hour" refers to the passing of the 11th hour, or 11:00 am.) The First World War officially ended with the signing of the Treaty of Versailles on 28 June 1919.

The red remembrance poppy has become a familiar emblem of Remembrance Day due to the poem "In Flanders Fields". These poppies bloomed across some of the worst battlefields of Flanders in World War I; their brilliant red colour became a symbol for the blood spilled in the war.

Observance in the Commonwealth

The common British, Canadian, South African, and ANZAC tradition includes a one or two minute silence at the eleventh hour of the eleventh day of the eleventh month (11:00 am, 11 November), as that marks the time (in the United Kingdom) when the armistice became effective.

The Service of Remembrance in many Commonwealth countries generally includes the sounding of the "Last Post", followed by the period of silence, followed by the sounding of "Reveille" or sometimes just "The Rouse" (often confused for each other), and finished by a recitation of the "Ode of Remembrance". The "Flowers of the Forest", "O Valiant Hearts", "I Vow to Thee, My Country" and "Jerusalem" are often played during the service. Services also include wreaths laid to honour the fallen, a blessing, and national anthems.

The central ritual at cenotaphs throughout the Commonwealth is a stylised night vigil. The Last Post was the common bugle call at the close of the military day, and The Rouse was the first call of the morning. For military purposes, the traditional night vigil over the slain was not just to ensure they were indeed dead and not unconscious or in a coma, but also to guard them from being mutilated or despoiled by the enemy, or dragged off by scavengers. This makes the ritual more than just an act of remembrance but also a pledge to guard the honour of war dead. The act is enhanced by the use of dedicated cenotaphs (literally Greek for "empty tomb") and the laying of wreaths—the traditional means of signalling high honours in ancient Greece and Rome.

This article uses material from the Wikipedia article Remembrance Day, which is released under the Creative Commons Attribution-Share-Alike License 3.0.