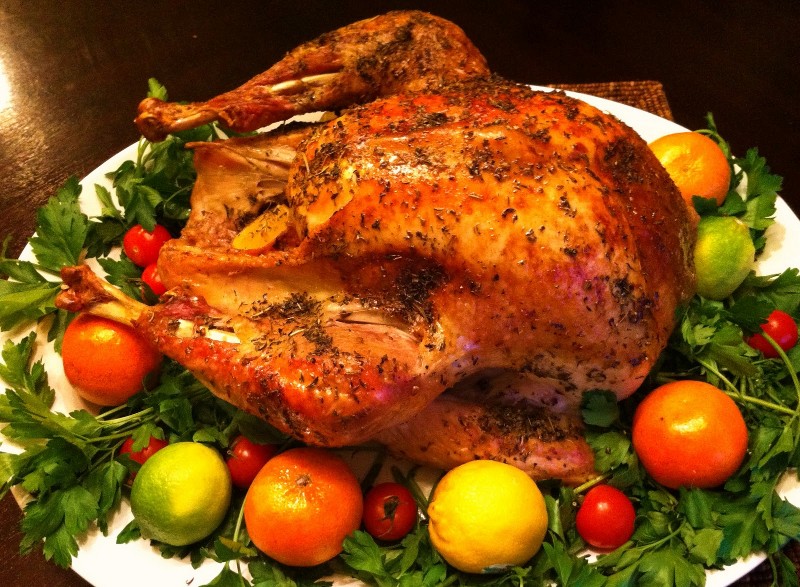 Thanksgiving Day is a national holiday celebrated primarily in the United States and Canada as a day of giving thanks for the blessing of the harvest and of the preceding year. It is celebrated on the fourth Thursday of November in the United States and on the second Monday of October in Canada. Several other places around the world observe similar celebrations. Thanksgiving has its historical roots in religious and cultural traditions and has long been celebrated in a secular manner as well.

The first Canadian Thanksgiving is often traced back to 1578 and the explorer Martin Frobisher. Frobisher, who had been trying to find a northern passage to the Pacific Ocean, held his Thanksgiving celebration not for harvest but in thanks for surviving the long journey from England through the perils of storms and icebergs.

The origins of Canadian Thanksgiving are also sometimes traced to the French settlers who came to New France with explorer Samuel de Champlain in the early 17th century, who celebrated their successful harvests. The French settlers in the area typically had feasts at the end of the harvest season and continued throughout the winter season, even sharing food with the indigenous peoples of the area.

In the United States, the modern Thanksgiving holiday tradition is commonly, but not universally, traced to a sparsely documented 1621 celebration at Plymouth in present-day Massachusetts. The 1621 Plymouth feast and thanksgiving was prompted by a good harvest. Pilgrims and Puritans who began emigrating from England in the 1620s and 1630s carried the tradition of Days of Fasting and Days of Thanksgiving with them to New England. Several days of Thanksgiving were held in early New England history that have been identified as the "First Thanksgiving", including Pilgrim holidays in Plymouth in 1621 and 1623, and a Puritan holiday in Boston in 1631.